October 10, 2012 (Albuquerque, New Mexico) — The ancient Chinese practice of qigong can help improve quality of life in cancer patients, according to a new study.

In patients who practiced qigong as an adjunct to their regular cancer care, health-related quality of life improved significantly on several standardized scales, particularly in the domains of social and emotional functioning, explained study author Mariana Navarro, MD, from the Centro de Apoyo para la Atención Integral, Instituto Nacional de Cancerología, in Tlalpan, Mexico. She added that "there was also a significant improvement in fatigue, anxiety, and depression, which was mainly seen at 2 months."

She presented the study results here at the annual meeting of 9th International Conference of the Society for Integrative Oncology.

Qigong, which has been practiced in China for several thousand years, is a system of healing and energy medicine that incorporates breathing techniques, gentle movement, and meditation. There are a number of different forms, schools, and traditions of qigong. In this study, the researchers used Zhineng qigong, which was developed in 1979 by a Chinese doctor and qigong Grandmaster who was searching for a way to help his patients heal.

"We chose qigong because it is popular and we wanted to see how it helped quality of life," Dr. Navarro explained.

The 53 study participants (49 women, 4 men; mean age, 53.5 years) attended a standardized group qigong practice. "Officially, it was an intervention that was done once a week," but patients could do it more often if they wanted to, said Dr. Navarro.

Health-related quality of life was measured using the European Organization for Research and Treatment (EORTC) Quality of Life Questionnaire-Cancer (QLQ-C30), the EORTC QLQ-FA13 (fatigue module), and the Hospital Anxiety and Depression Scale (HADS). Evaluations were performed before qigong training and 2, 4, and 6 months into the practice.

Dr. Navarro acknowledged that there were limitations to the study. "We didn't look at the type or stage of cancer or the response to treatment. Further investigations must evaluate the value of Zhineng qigong in a randomized trial," she said.

This is a good study that looked at particular quality-of-life measures that can be improved with qigong, said Alex Feng, PhD, OMD, LAc, from the Alta Bates Comprehensive Cancer Center in Oakland, California, who was not involved in the study.

The practice of qigong is gradually gaining acceptance in Western medicine, as is its value as an adjunct to conventional medical treatments, he told Medscape Medical News. "I think we will continue to see it growing in acceptance and use." 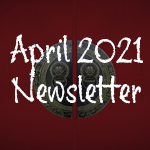 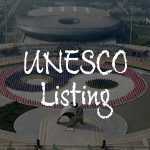