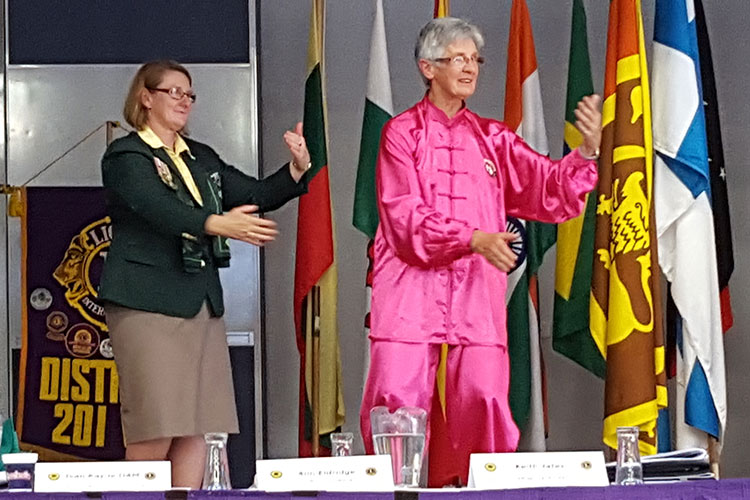 Held in Seymour, demonstrations of Tai Chi and Health Qigong were performed after the afternoon opening formalities were completed.

Little encouragement was needed for many Lions to join Judy in practicing the gentle Shibashi Form and much to the amusement and delight of her fellow Lions, District Governor Ann Eldridge, Judys sister, briefly joined her on stage. Demonstrations of Beijing 24 barehand and Dong Yue Broadsword provided a more dynamic perspective of Tai Chi and were received to loud applause. At the conclusion of the session, the audience again participated by joining Judy to practice the Lotus.

TCA enjoyed the opportunity to be part of the Lions District V5 Convention.