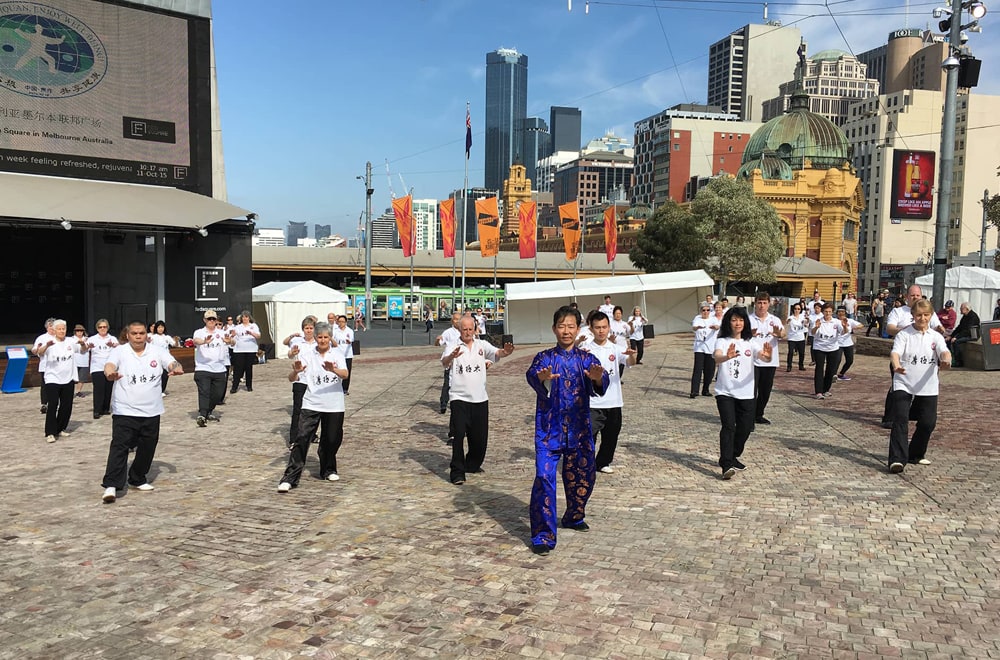 On 18 October 2015 TCA joined one million people worldwide to create a new Guinness World Record for the most number of people in a martial arts display featuring many forms of Tai Chi.

The event promoted Fen Xiang Tai Chi and Fen Xiang Jian Kang which literally translates as sharing and enjoying the practice of Tai Chi together for health and well being.

The event was widely reported in Chinese newspapers, on the internet and by Hong Kong based Phoenix TV (view more photos in the gallery). It is anticipated that this day every year will become World Tai Chi Day and help Tai Chi to be listed on the World Heritage Register.

TCA was proud to be part of this international event. We thank Federation Square for allowing us to continuously use the venue as the favoured place for Melbournians and interstate and overseas visitors to practice Tai Chi and Qi Gong.