At 10am on the 8th of September, Tai Chi Australia (TCA) was honored to host the inaugural annual World Health Qigong Day at Federation Square.

Coordinated by the International Health Qigong Federation (IHQF), more than 50 thousand enthusiastic Health Qigong (HQ) practitioners from over 80 organizations descended upon venues in 43 countries across five continents to practice non-stop together for 24 hours. Starting in New Zealand and ending in Canada, the event proved an enormous worldwide success.

Federation Square, MelbourneThis is a special day promoting the benefits of HQ. We would like people to learn more about it and practice it. We would like people to take interest in it and love it so that it becomes part of their lives.The benefits and practice of HQ have been growing in popularity worldwide. The second World Health Qigong Day proved an enormous success and will be held on the second Saturday of September each year.Today, we have a great opportunity to learn from other IHQF member organisations from around the world. Together, we will make this event bigger and better.

Federation Square, MelbourneFor over ten years Federation Square has been recognised as the Melbourne hub for HQ and Tai Chi. Curious on lookers were attracted by the soothing traditional Chinese music, the relaxed movements and the serenity of those participating. Many could not resist the opportunity to join in and learn the basics of HQ.TCA chief instructor Master Han Jin Song said Melbournians are fortunate. Federation Square is the first and only single place in the world where you can learn and practice HQ and Tai Chi, free of charge, every week, 52 weeks a year regardless of the weather. HQ classes are held from 8am to 9am every Friday and Tai Chi from 7.30am to 8.30am each Tuesday. Everybody is welcome.TCA acknowledges Federation Square management for their continual support for over ten years. 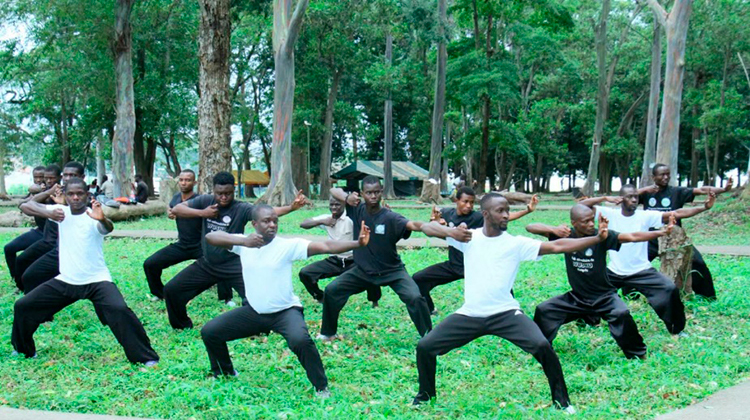 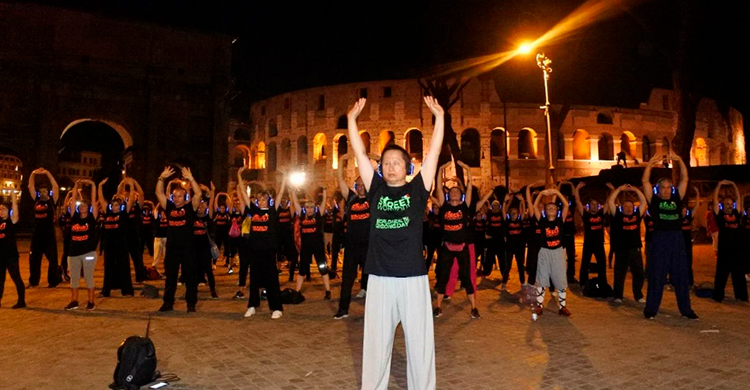 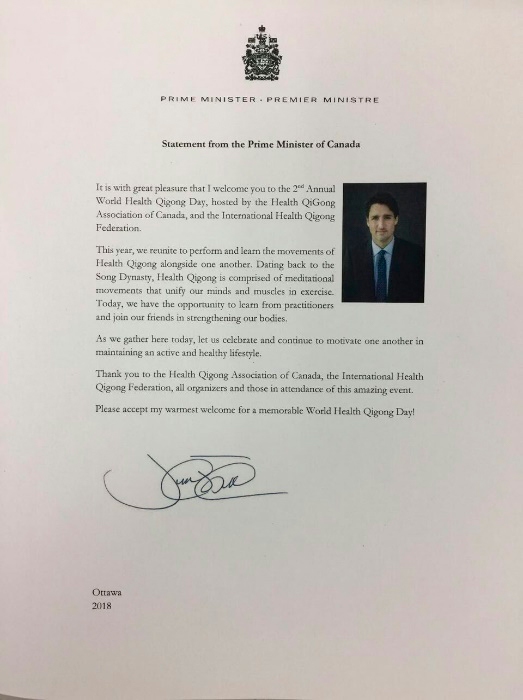 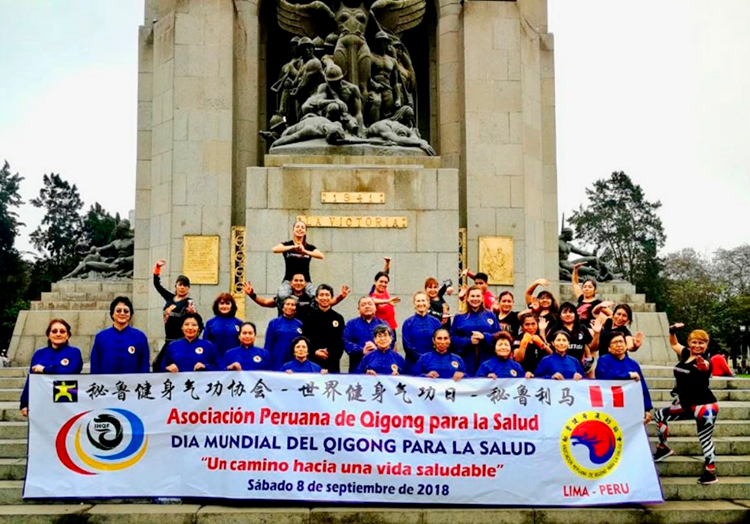 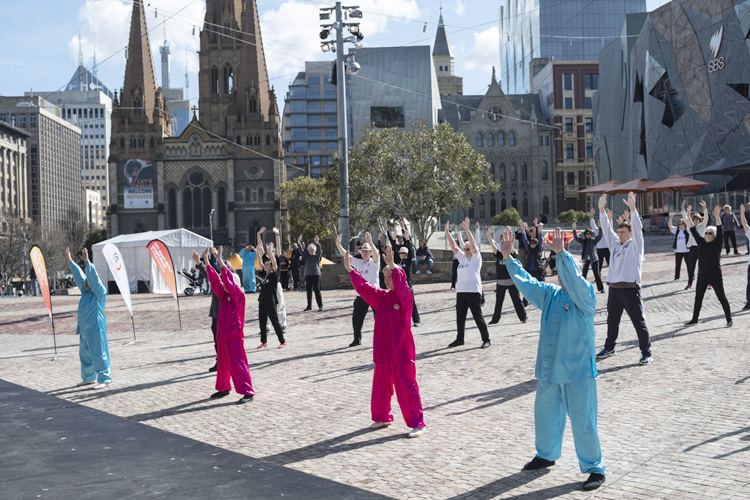 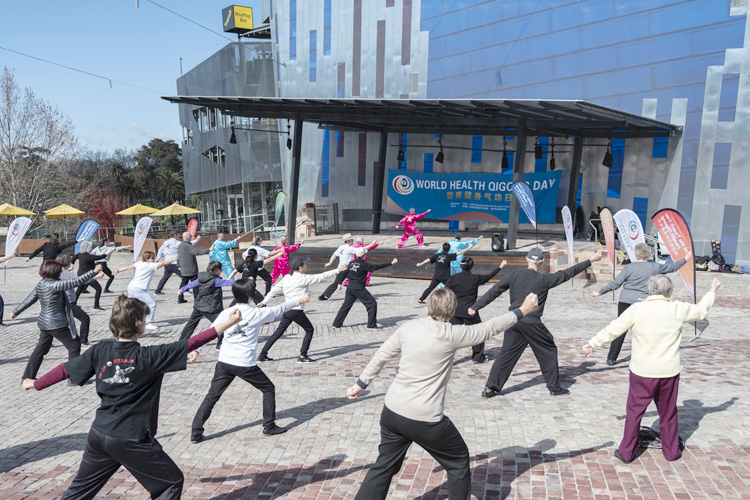 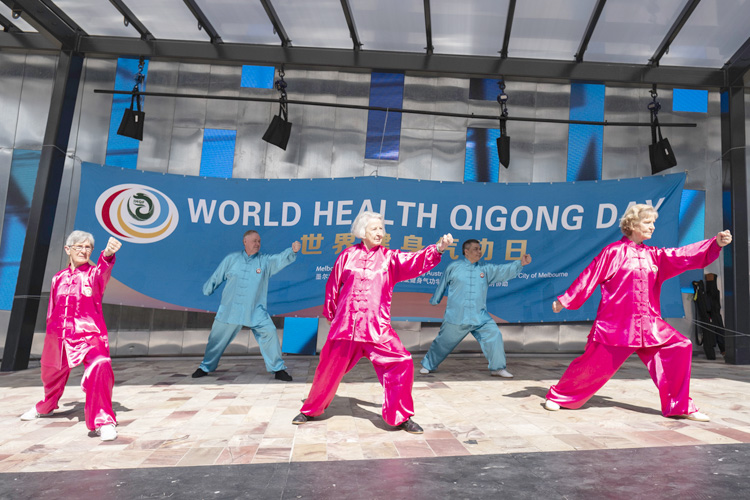 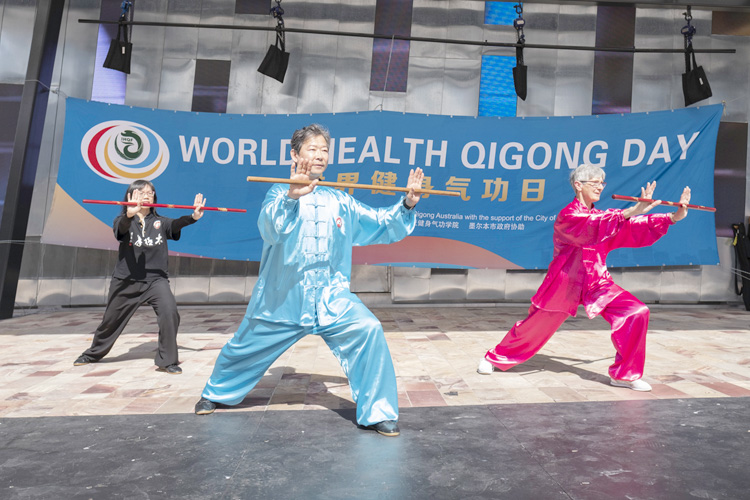 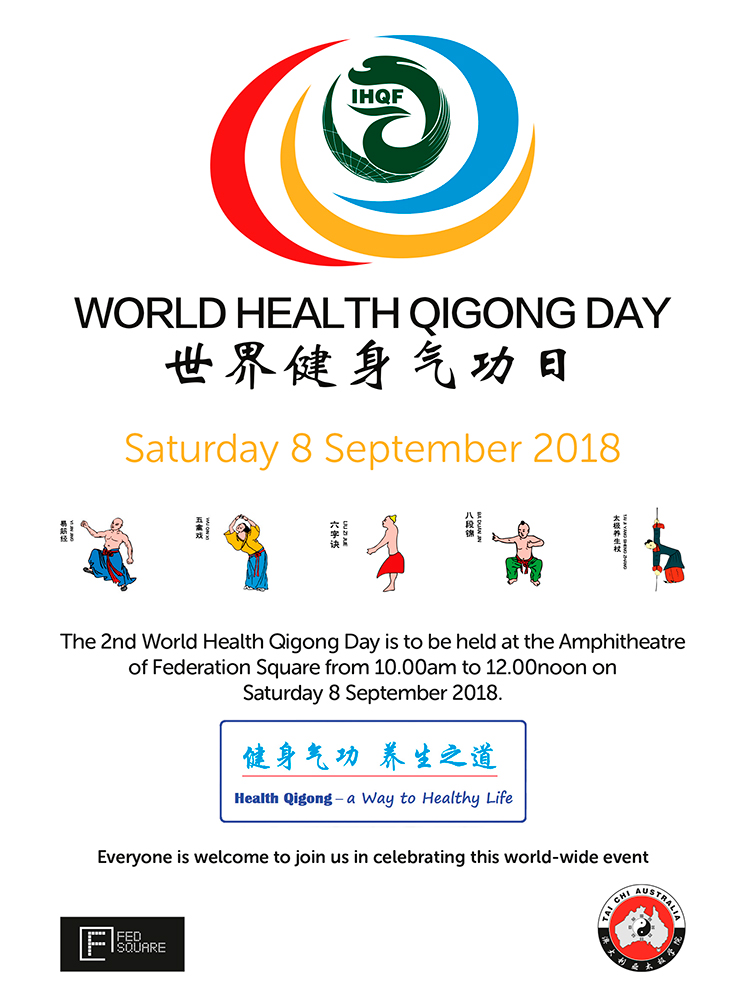