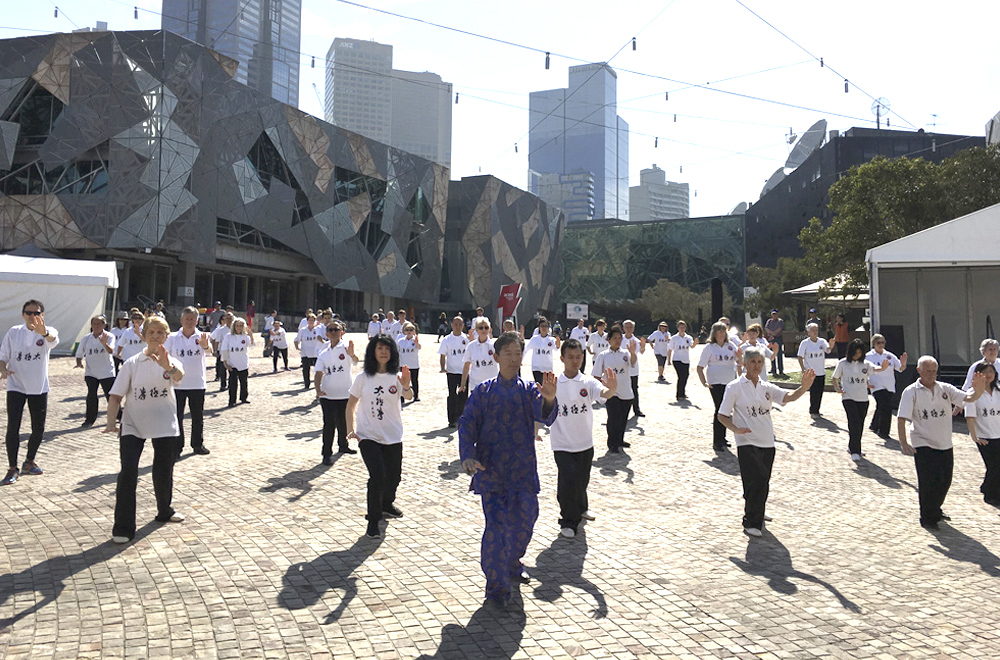 The international magazine Medscape recently reported that new research comparing the traditional martial art, tai chi with aerobic exercise, for improving the overall severity of fibromyalgia symptoms was as good if not better.

A non-drug treatment, tai chi appears effective for better managing fibromyalgia," the investigators, led by Chenchen Wang, MD, Tufts University School of Medicine in Boston, Massachusetts, writes, This mind-body approach may be considered a therapeutic option in the multidisciplinary management of fibromyalgia. The study was published online March 21 in the BMJ.

A single-blind trial over a 52 week period also showed improvements in depression, anxiety, self-efficacy, and the mental component of the Short-Form Health Survey (SF-36) quality-of-life measure.

The study included 226 people with fibromyalgia who were randomly assigned to receive supervised aerobic exercise for 24 weeks, twice weekly, or one of four Yang-style supervised tai chi interventions, 12 or 24 weeks once or twice weekly. Participants were followed for 52 weeks. Investigators report adherence was “rigorously" encouraged in person and by telephone.

Fibromyalgia is a complex disorder, characterized by chronic widespread musculoskeletal pain, fatigue, sleep disturbance, and prominent physical and psychological impairment. Although aerobic exercise is recommended as a standard treatment for fibromyalgia many patients find it difficult to exercise because of fluctuations in symptoms.

Some trials have suggested that tai chi alleviates pain and improves physical and mental health in patients with fibromyalgia but concluded that larger and more rigorous trials are needed to confirm the results. At this time, the duration and frequency of tai chi required to achieve optimal benefits are unknown as compared with aerobic exercise.