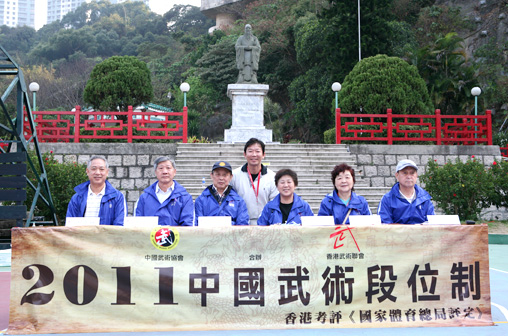 Our Tai Chi Australia Chief Instructor Master Han Jin Song has recently been awarded an 8th Duan Wei by the Chinese Wushu Association (only the second Wushu/Tai Chi Master in Australia to receive such an honour). This is the second highest grading in the world that can be obtained under the Duan Wei System.

The Duan Wei System was set up by the Chinese Wushu Association in conjunction with the National Sport Commission and the Chinese Wushu Research Institute in an effort to provide an international standard for Wushu/Tai Chi gradings. The term Duan means Level and Wei means Grading. There are nine Duan Levels as follows:Elementary Level:Initial Duans for students with a few years’ experience.

Intermediate Level:These Duans are for Wushu/Tai Chi students who are able to teach and have approximately 10 years Wushu/Tai Chi experience. Starting from 5th Duan, an applicant has to also provide evidence of Wushu/Tai Chi research and development such as publications, theses etc.

Advanced Level:Advanced level is only awarded to very experienced masters with an excellent reputation in Wushu/Tai Chi. At this level an applicant must have made a major contribution to Wushu/Tai Chi internationally, while being of outstanding character. The person awarded such a Duan is officially allowed to call himself Grand Master.

Master Han had to complete a gruelling series of written and oral examinations to pass his grading. In addition, he had to supply video evidence of his technical abilities in both barehand and weapon forms, along with submissions of his contributions to Wushu/Tai Chi at an international level, including the research and development he has done for the sport.

Master Han Jin Song with the examinersMaster Han Jin Song is extremely honoured to become one of a hundred or so masters in the world to achieve this level, and only the second person in Australia to be recognised for his unwavering dedication to promoting Wushu/Tai Chi both here and overseas.

Master Han Jin Song with friend Xu Hao from Italy who has also been awarded 8th DuanIf you have the opportunity, make sure you congratulate Master Han. If he is your instructor on a regular basis, you should feel extremely honoured as there are so many practitioners in the world who would give anything to be taught by a “Grand Master”.