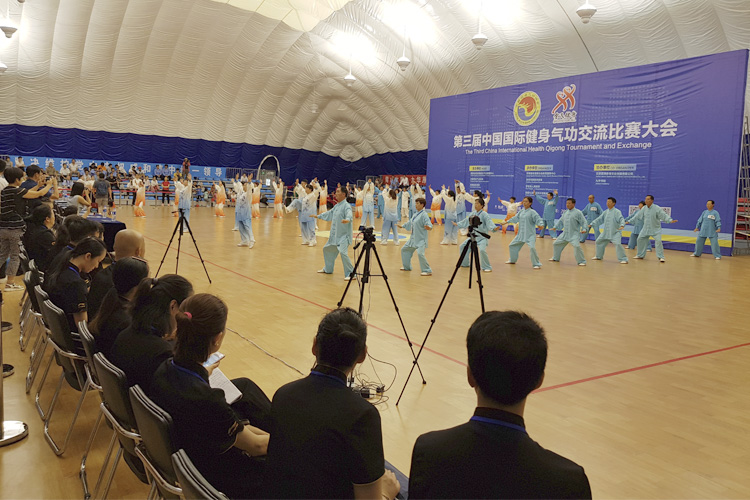 The 3rd China International Health Qigong Tournament and Exchange was held in August 2018, at Jiuhuashan, Anhui Province, China.TCAs Chief instructor, Master Han Jin Song and Instructors, Judy and Helen were among the150 Health Qigong enthusiasts from more than 25 Health Qigong Associations from China, Asia, South America and Oceania who attended the event which was held over four days.

Jiuhuashan is one of four sacred Buddhist mountains in China. Although the weather was hot and humid, with rain and thunderstorms a number of historical sightseeing tours were organised including Lingyang Ancient Town, with its stone bridges and ancient buildings and the traditional Wannan 300 Village, with its ancient crafts, sources and storage of food, and village way of life. Chinese culture was also experienced consisting of a welcoming massage at a Chinese Medical Centre and the challenge of calligraphy at a calligraphy studio.

During the Tournament Judy renewed many acquaintances with Health Qigong friends from around the world and Helen made many new friends. Both agreed that to have the opportunity to travel to China to compete and learn Health Qigong from acclaimed Chinese professors with others from many countries was an incredible privilege. 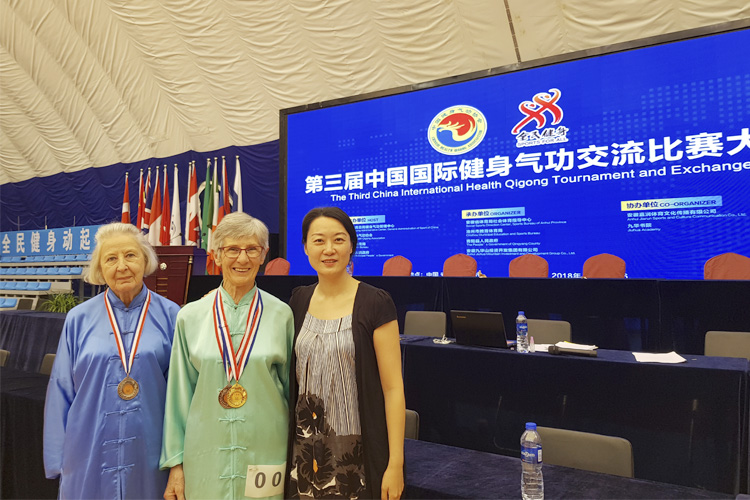 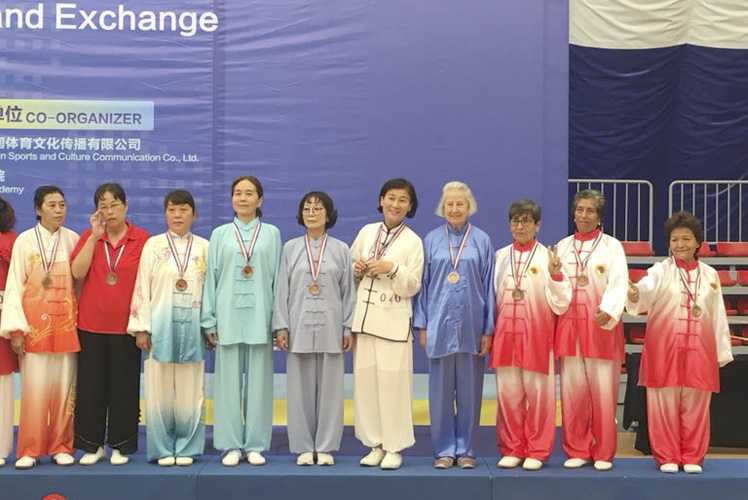 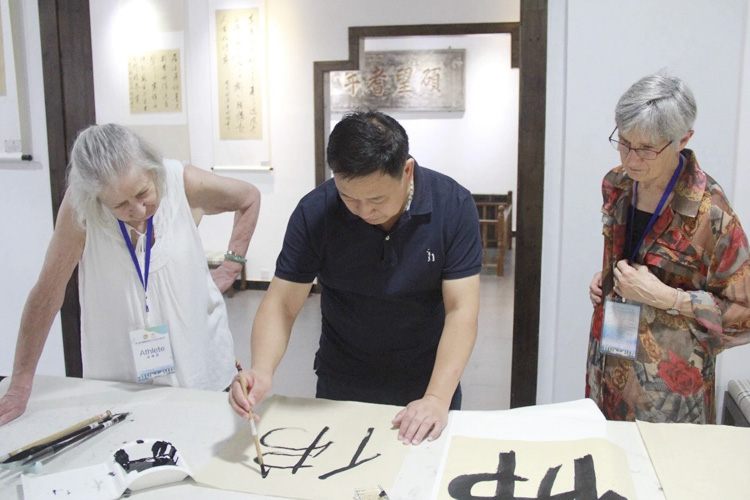 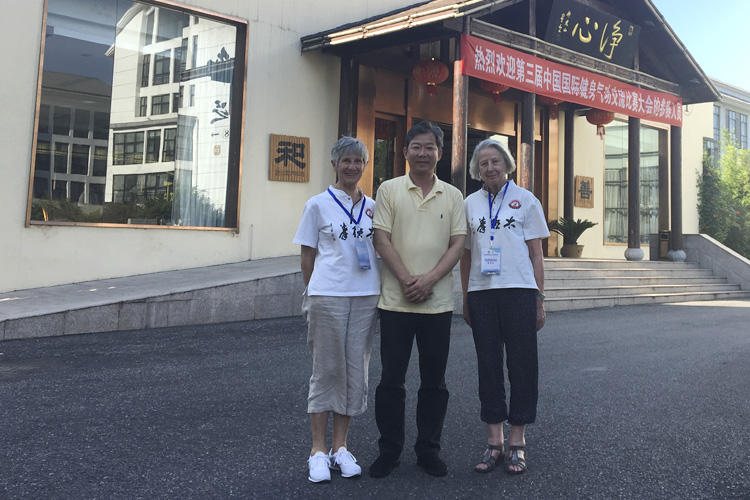 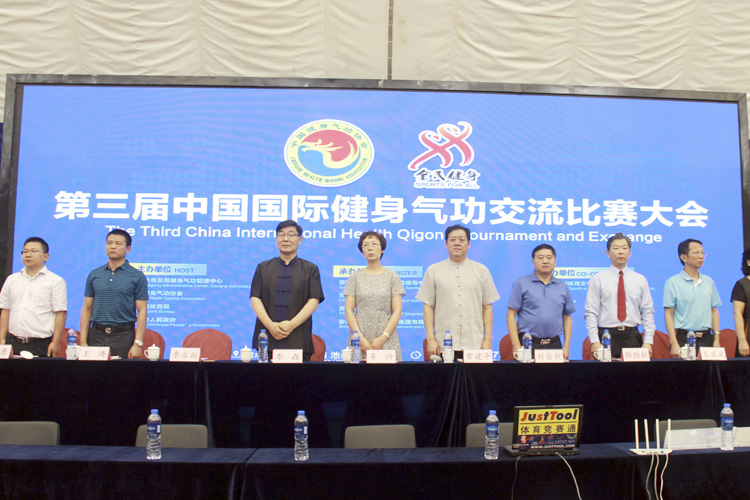 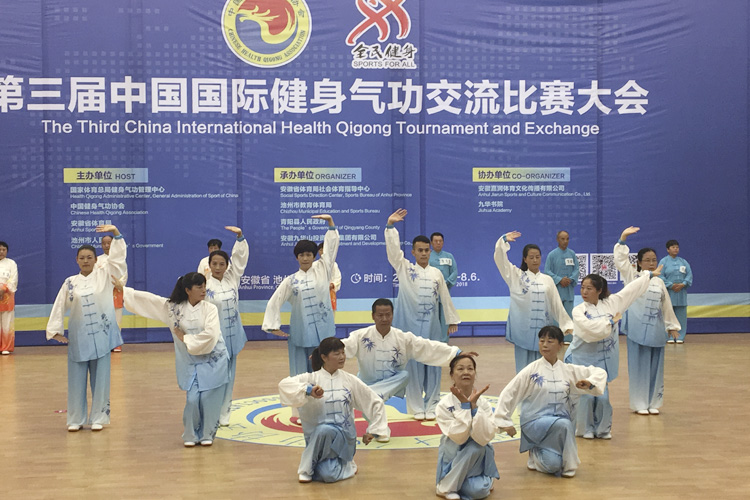 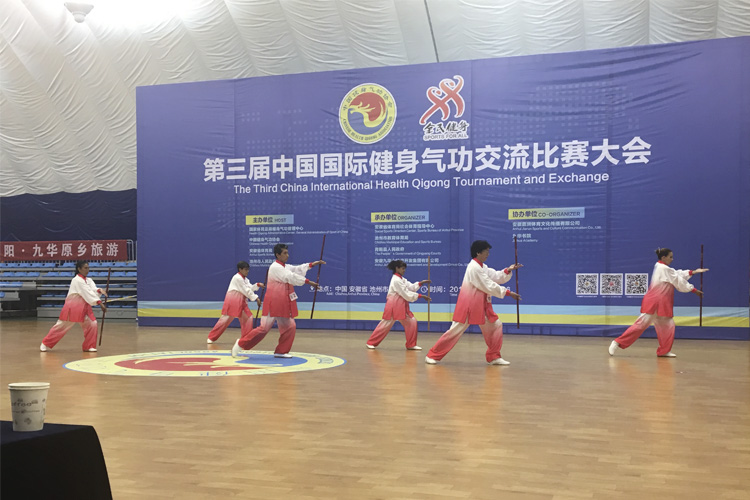